Google Algorithm Update 2018: What You Need To Know About Google Broad Core Update? 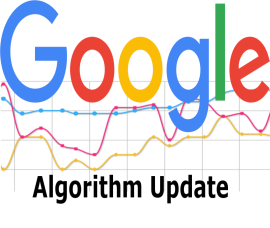 Google recently announced an update to their core on August 1, 2018, and it has left numerous SEO professionals confused about what exactly has been changed aside from the rankings. Google stated that this is just one of the many updates that they do to the core every year, but this left some of the SEO professionals extremely unhappy. There is a lot that you need to understand about what the update is and how you can recover from this update after it is released.

There are numerous updates that are released from Google every year when it comes to the core, but they are often named, such as Fred, Pigeon, Panda, and Penguin and they are put into place in order to address some of the specific faults that are in within the algorithms. All of them have specific purposes, including the link spam that was addressed by Penguin and the local SEO spam during Pigeon.

However, the core update is much different and it is thought to be a change or tweak to the actual algorithm for the search engine. This means that Google is potentially changing the values, weights, order and importance of the 200 to 500 signals. This means that because they are making such detailed changes they aren’t able to actually say what is being changed without letting out the full secrets of the algorithm.

The easiest way that this can be visualized is by looking at the 200 factors as they are listed in terms of importance and 42 of those have been changed. This means that the rankings would change, but it wouldn’t just be a single thing that would affect the changes. It could be a large combination of factors and this is the easiest way to understand what a core update actually is.

How to Recover from a Core Update?

Another question that most SEO experts and professionals have is just how you will be able to recover from this core update. There are many things that were tweaked and changed during the time that the programmers were getting ready for the core update. If your site drops rankings it was because all of the sites are compared against others that are relevant to it and it might have a different reason for the drop than others. You shouldn’t assume that just because one site has dropped for a specific reason that yours experienced the drop for the same reason.

Google hasn’t let out the answer to just how you are supposed to recover since there are going to be different answers for every site that was affected. It simply depends on what the others are trying to do when it comes to achieving rank is doing. There are some things that you should consider, like whether or not you have the keyword in your H1 tag like everyone else. However, if this is already done, then it probably doesn’t carry as much weight when it comes to results.

This means that more than likely you weren’t the one that was penalized, but instead, another site was rewarded for something else. There are a few areas that you should make sure that you are concentrating on when it comes to conquering these core updates, including:

It is important that you understand just what the core update from Google is and how you can get your ranking back after the change. You also need to understand that you might not necessarily be doing something wrong that has earned you a lower rank, but someone else might have gotten rewards for their changes. Understanding how you can recover from this update this is important, so you should know the areas that you need to focus on. If you want to hire us for Google penalty recovery, Here you can explore our SEO Packages & Plan!