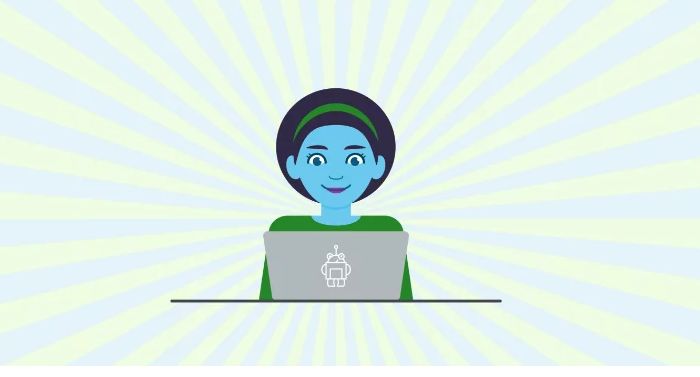 Moz’s Domain Authority (DA) that is used for rating websites by SEO experts and specialists had announced the upgradation of this site ranking metrics in February 2019. On 6th March the updated Domain Authority 2.0 finally went live.

What is Domain Authority?

Search Engine Google’s PageRank was one of the most popularly-used site metrics globally by SEO providers. However, in 2013 Moz’s Domain Authority took over from PageRank and has over the years grown and today is the most widely accepted and trusted ranking metrics in the industry.

Domain Authority is a score or a metric that calculates the ranking of a website on a Search Engine Result Page (SERP). Hence, for an online business, it is indicative of the competitiveness of a website – when the DA score of one website is compared with that of its competitor’s websites, it is easy to comprehend that the site with the higher score will feature higher on the SERP.

Moz’s DA scores on a scale of 1 to 100, where a score of 100 indicates the ability of the website to get top ranking, and 1 predicts the lowest rank. DA does not impact a ranking; it is merely a calculation or metrics that tells the user the probability of a website its capacity to outrank another. It is a tool merely that is used for predicting ranks on SERPs.

What was the need to upgrade Domain Authority?

Features and advantages of the new Domain Authority

The upgraded DA has features that would not only show genuine and accurate scores of websites, but it has also been aligned to work in a manner which Google uses to rate websites and domains.

Key features and data that prove the features correct are –

In order to prove this, the company conducted a study to determine which link-based ranking metrics has the strongest correlation with SERPs. The study was conducted to compare the upgraded Domain Authority of Moz, Citation Flow, Trust Flow from Majestic SEO Tool and Domain Rank of Ahrefs SEO Tool; it was found that Moz’s DA has the strongest correlation values. DA scored -0.12 which was about 6% better than the Domain Rank, second to top the list. The study concluded that when it comes to choosing the best ranking metrics of domains, it has to be the Domain Authority.

To tackle the link manipulation angle, the company studied the drop in DA scores by using the upgraded DA. While random domains experienced an average drop of 6.1%, Moz’s own customers saw their scores lower by about 7.4%.  The next group that was studied was the Link buyers who lost about 15.9% in their scores.

What was the net result on the DA 2.0 going live? 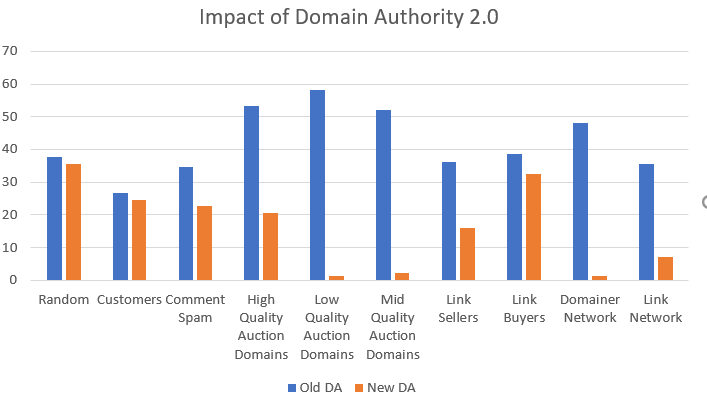 Back in February 2019 when Moz announced the updated DA, it was mentioned that some websites would see their DA scores plummeting while few others might get to see an improvement.

At the launch of DA 2.0, Moz predicted that on an average there could be a reduction of about 6% in the previous DA scores which it mentions is well within the range of normal. The company also mentioned that the new version displays correct data and its scores should be used by best SEO companies henceforth. For website owners and webmasters there is not much to be concerned about because if they see a fall in their overall DA scores, they can be sure that even their competitors have registered a fall too. However, if there is a considerable fall in the scores, it means that the link profile of the site needs an immediate check-up. The new DA also keeps track of historical records – so if there is a fall over some time, there needs to be a campaign to tackle the same.

DA score can be checked by Moz Bar. The results related to fall in DA scores is for the SEO industry to sit upright and take notice. They need to be smarter to use a quality ranking metrics for their clients’ websites. Moz’s Domain Authority 2.0 has the right features that considerably reduce chances and opportunities for the SEO industry to manipulate backlinks and inflate scores falsely.

Also, for people who are looking to buy dropped or auction domains – they can now rely on DA 2.0 along with other relevant metrics to assess quality before going ahead with the purchase.

For the future too, Moz promises to keep updating the DA from time to time so that it has more relevance, especially in times when Google updates its algorithms and results rapidly and frequently.